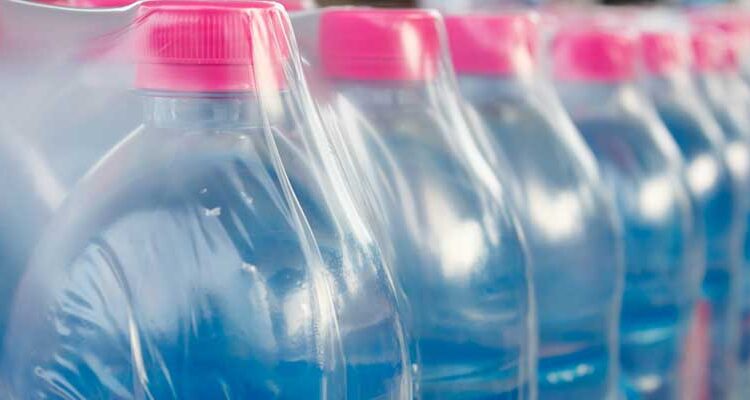 There are different stages used for creating a plastic bottle. There are four different kinds of plastic that are used for making plastic bottles. In general, a plastic bottle manufacturer might use one among the four different kinds of plastics.  In general cases, the plastic bottle that is used for the purpose of carrying water along with other liquids like juice, etc., are created by making use of polyethylene terephthalate (PET). The reason for using PET in most plastic bottle manufacturing is because the plastic is highly durable and also light. It can be molded easily without adding extra weight. This makes it highly comfortable for being carrying around in general. The next most commonly used plastic is polyethylene (PE). It has a high density structure and is used for creating though and thick plastic bottles. These bottles are commonly used for selling and storing detergents. In its low density structure, a PE bottle can be molded to be a squeeze bottle as well. The other kind of plastic bottle is polypropylene (PP). These bottle materials are commonly found to be used in making pill bottles and other plastic medicine storages. Polycarbonate (PC) is the last variety of plastic used in bottle manufacturing. PC is used in making refillable water bottles and other plastic reusable storage materials. The composition of the plastic material will be helpful in deciphering the use and variation in each kind of plastic. Commonly used in PET Bottle Making Machine.

MATERIALS THAT ARE USED IN MANUFACTURING A PLASTIC BOTTLE:

Plastic bottles are most commonly manufactured by using materials like PET, PC, PE and PP. PE or Polyethylene Terephthalate is the most commonly used plastic material used in common plastic bottles. They are generally made for single consumption usage. Generally used in PET Bottle Making Machine.

The Polyethylene Terephthalate plastic is further divided into two kinds of plastic. They are “Low-Density Plastic” and “High- Density Plastic”. The manufacturing of each kind of PET will be explained below. The usage of plastic in manufacturing bottles are varied. There are diverse purposes for plastic bottles such as storing liquid materials like soda, milk, petrol, diesel, oil, shampoo, detergents, conditioners, sauces, cooking ingredients, etc.,. Plastic bottles are often used for storing dry materials such as medicines, nutrition and diet supplements, dry grains, etc. When in raw form, a plastic is created by using organic polymers such as ethylene and polyethylene. When the plastic is in its soft condition, then it is easy to be molded and structured into a comfortable shape. This is later casted into a solid condition.

The process of polymerization in itself can be termed as a complete process. It is responsible for most of the differences that occur between the two different manufactured batches of PET plastic. During the process of polymerization, there are residues and impurities segregated. These can be of two different kinds. One is called as diethylene glycol and the other kind of impurity is called as acetaldehyde. The impact of diethylene glycol is highly prevalent in Polyethylene Terephthalate plastic despite of its meager amount of secretion. On the other hand, acetaldehyde is not just produced during the process of polymerization but it is also created when the manufacturing process of a bottle begins, The huge amount of acetaldehyde in Polyethylene Terephthalate plastic that is used for the manufacturing of bottles can provide a different and odd taste to the liquid that is stored within it.